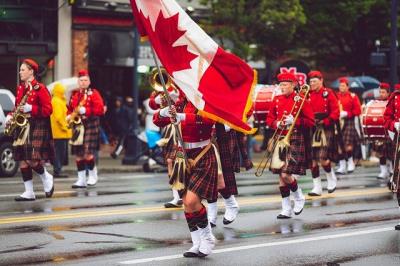 Victoria Day (French: Fête de la Reine, [lit. "Celebration of the Queen"]) is a federal Canadian public holiday celebrated on the last Monday preceding May 25. Initially in honour of Queen Victoria's birthday, it has since been celebrated as the official birthday of Canada's sovereign. It is informally considered to be the beginning of the summer season in Canada.

Victoria Day by Wikipedia is licensed under CC BY 3.0