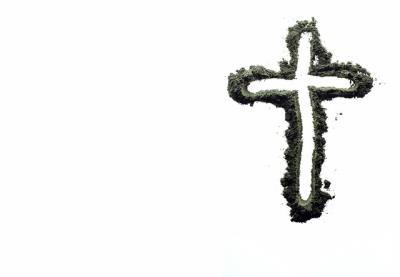 Ash Wednesday is a holy day of prayer and fasting in many Western Christian denominations. It is preceded by Shrove Tuesday and falls on the first day of Lent (the six weeks of penitence before Easter). It is observed by Catholics in the Roman Rite, Lutherans, Moravians, Anglicans, Methodists, Nazarenes, as well as by some churches in the Reformed tradition (including certain Congregationalist, Continental Reformed, and Presbyterian churches).As it is the first day of Lent, many Christians begin Ash Wednesday by marking a Lenten calendar, praying a Lenten daily devotional, and making a Lenten sacrifice that they will not partake of until the arrival of Eastertide.Many Christians attend special church services, at which churchgoers receive ash on their foreheads. Ash Wednesday derives its name from this practice, which is accompanied by the words, "Repent, and believe in the Gospel" or the dictum "Remember that you are dust, and to dust you shall return." The ashes are prepared by burning palm leaves from the previous year's Palm Sunday celebrations.

Ash Wednesday by Wikipedia is licensed under CC BY 3.0

Next holiday is: Father's Day (March 19)