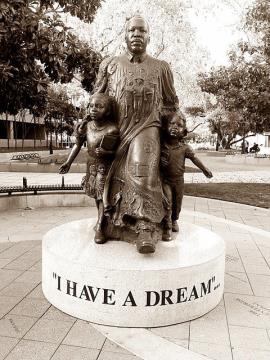 Martin Luther King Jr. Day by Wikipedia is licensed under CC BY 3.0

Next holiday is: First Day of Black History Month (February 1)